Hello from a very sunny but hot Los Angeles,

After taking a break for a few months, we’ve kicked off the second phase of our 1920s home remodel. It’s much easier this time because I’ve got a new and fully functional kitchen to use and I won’t need to cook out of my office, unlike last time. I also know how the overall process works and am better equipped to deal with any hiccups that might come along the way. My office is stripped down to its bare bones and is being redesigned to house my cookbooks, food photography equipment, and styling props. I’d planned on using Diwali as an excuse to have a housewarming, but I might have to consider an early Christmas instead. The one thing I’ve learned from this experience, nothing ever goes according to plan, and you adapt to move along with the flow.

I’m finally down to the final twenty photos for the recipes in my next cookbook! I see the light at the end of the tunnel. Because I style and photograph my cookbooks, I work a little unconventionally compared to a cookbook shoot where a team of stylists and photographers are involved. I set an overall visual theme for the look of the book and then began to photograph the book. The styling should also tie into the book’s premise and tell the book’s story. I won’t lie. It is exhausting, and sometimes during the process of cooking, styling, and photographing that I lie down on the floor and stare at the ceiling pondering my decisions. I’ve learned that mental breaks are essential for me to think clearly and not proceed mechanically through the process, or I will not enjoy it. But at the end of it all, when the book comes together and I see it in my hands, I know it will be worth it. I’m also fortunate that my publisher, Chronicle Books, is extraordinarily patient with me and is now used to how I work and give me the extensions I ask for. We’re still more than a year away from the book’s release, but it will be nice to be wrapped up soon and focus on the book’s design and edits.

While things are falling apart and being rebuilt, I’ve been eating a lot of pani puri. If you aren’t familiar with pani puri, which also goes by golgappa or puchka, depending on whom you speak to, it is the one snack that I think most Indians love eating on a hot summer day. Translated, pani puri means water-filled fried bread. The puri is a hollow ball-shaped structure that’s thin and crisp and filled with a mixture of potatoes, cilantro, shallot or red onion, green chillies, boondi (fried drops of chickpea flour), a drizzle of sweet tamarind chutney, hot green herb chutney, and then dunked into a bowl of chilled spicy herb water. You know the old trite saying “an explosion of flavor” if there is a dish that defines that to the tee, it’s pani puri. Pop a pani puri in your mouth, and it is an explosion of salty, sweet, sour, spicy, cool temperatures, a panoply of textures, and so much more. Eat half a dozen or eat a dozen or more. It will keep you cool and happy in summer.

Here’s another way to stay cool this summer, this sweet and ice pineapple drink is infused with dark Darjeeling tea leaves and chai masala. If you can’t find chai masala, you can use the whole spice combination I’ve listed in the cook’s notes. Make a big batch often to enjoy it for the rest of the summer. 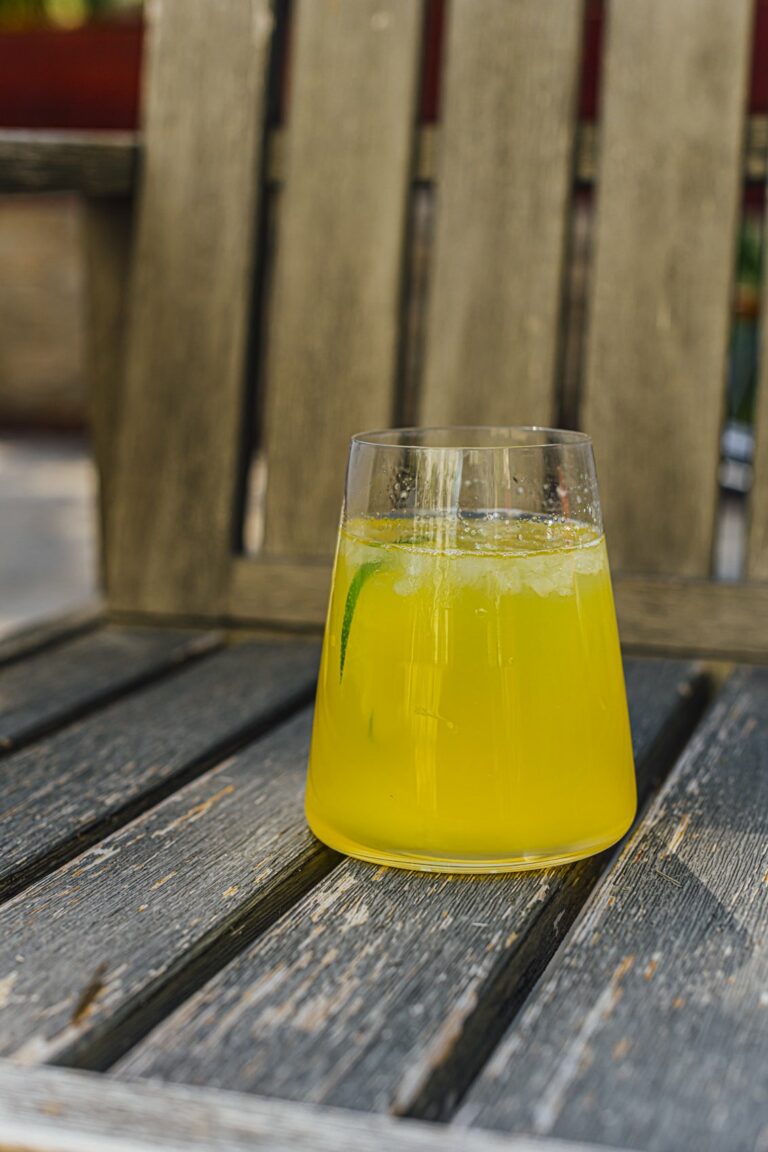 Sugar or sweetener of your choice as needed