Some Grilling Cooking Tips and Tricks

Here are some tips for building on those gorgeous appetizing caramel and smoky flavors, and if you don’t own an outdoor smoker or grill, these can come in handy. Depending on how smoky you like things, some of these tips and tricks can be used together. A tip, leave the windows open and turn the exhaust hood on, especially when grilling and smoking food indoors.

A drop or two of liquid smoke can make a big difference to beans, especially if you don’t eat or want to use bacon or some other type of smoked meat to build flavor or if you can’t smoke or grill. Liquid smoke is obtained by collecting vapors from burning wood (the smoke) and cooling them off to collect. What’s left behind is a liquid (aka a distillate), which is a concentrated form of smoky goodness. Wright’s liquid smoke is a good brand, and if I didn’t own an outdoor grill, I’d add a drop or two of the liquid to the marinade for the steak before cooking. Many foods labeled “smoked” might not be smoked; commercial food manufacturers will use liquid smoke to build that flavor.

Instead of using regular salt or sugar in spice rubs and marinades, use their smoky counterparts. There are so many different brands and varieties of smoked salts and sugars. Maldon makes a flaky smoked salt that I often use to finish dishes. Foods preserved by smoking or labeled as smoked, like bacon or salmon, can also help impart smokiness to a recipe (and if they make sense to your recipe). Smoked paprika and other smoked chilli powders are also options to explore when cooking.

If you’ve got a copy of The Flavor Equation cookbook, turn to page 295 for the Dhungar method used to build smoky flavors in the Dal Makhani recipe. This method relies on incinerating ghee in a small metal bowl, aka a katori or a large hollowed-out onion. The bowl or onion is filled with ghee and placed in the dish. A live-burning piece of charcoal or coal is dropped into the oil, and the dish is covered with a tight lid. The heat from the charcoal immediately burns the ghee and releases smoke that gets trapped and then permeates the dish. This is one of the most ancient techniques I can think of in Indian cooking that’s been used for centuries to build smoky flavors.

The Broil Setting on Your Oven

If I feel lazy and don’t want to open the outdoor grill or use our smoker, I’ll cook food in the oven and then move the food to the upper rack. After it is done, switch to the Broil Hi setting and get the charred food. This moves fast, especially with sugar-rich foods like peaches and sweet corn, so be careful and pay close attention.

When I worked as a pastry chef, my blow torch (and offset spatula) were my best friends. A blow torch is one of the home kitchen’s most valuable and underrated tools. If you cook food and want to build on grilling flavors quickly, grab a blow torch and gently and carefully burn your food. Sure, crème brulée is the most obvious example, but even charring peppers, chillies, tomatoes, etc., roasted in the oven, a blow torch will finish the job.

Full disclaimer, I don’t own a smoke gun, and unless you’ve got a lot of place in your kitchen for storage, a smoke gun might be worth it. It does a fantastic job of smoking food quickly and is popular with chefs. Honestly, you’ll find more uses for a blow torch than a smoke gun, and I’d rather you have one tool that does more than one thing in the kitchen. Kitchen real estate is a real problem.

If you have a favorite method I haven’t mentioned and want to share with us, please comment below. 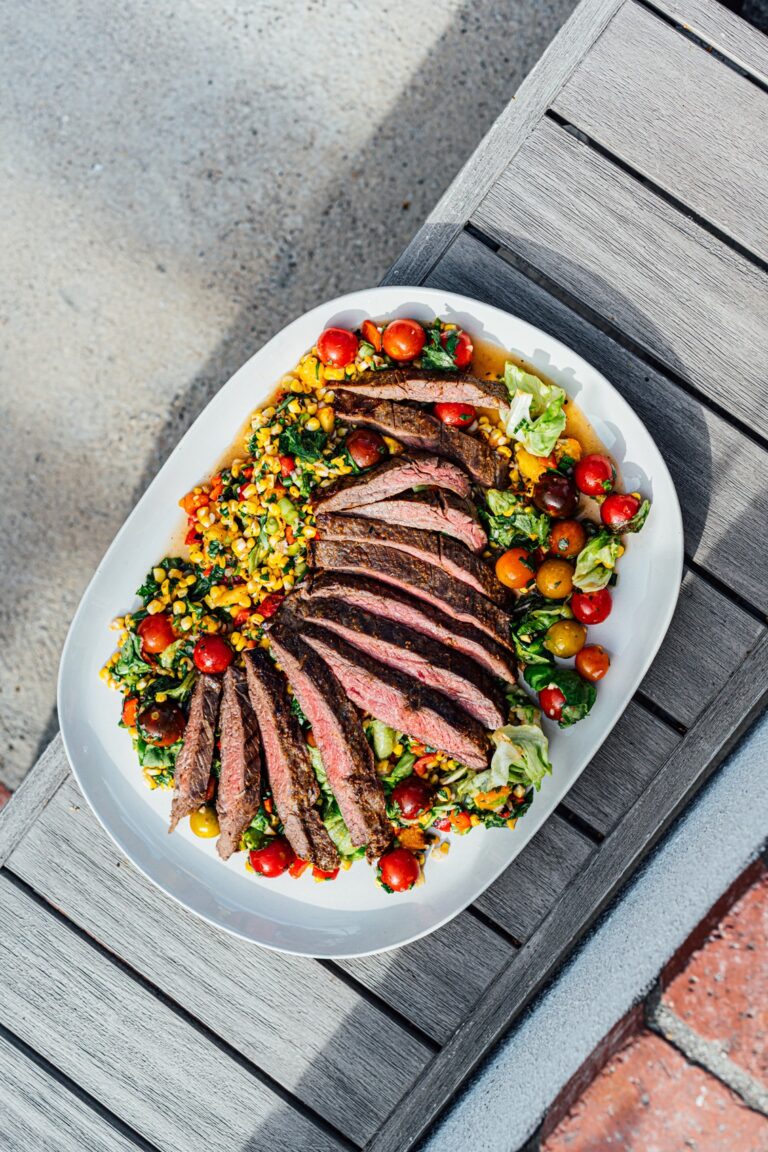 2 ears of sweet corn, remove and discard the silk and husk

For the Miso Garlic Steak

For The Miso Garlic Steak