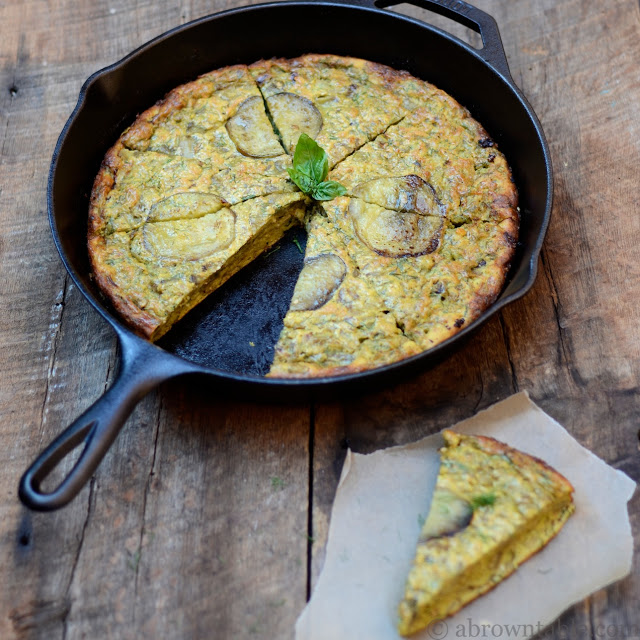 Last week was all about new experiences, I rescued a baby bird (it turned out to be a wren) from our sidewalk. The bird was sitting on the sidewalk, afraid and shaking. Not having the heart to let it spend the night out in the rain and potentially exposed to the dogs and cats of our neighborhood, I picked him up and brought him home. Since I could not get to the rescue facility, I kept him for a couple of days. I let him out during the day in our garden where I knew he’d be safe. Soon he came to recognize my voice and footsteps and would chirp and try to follow me around. Within a couple of days he was stronger and started to flap his wings to fly. It was time to let him back in the wild and we took him to a nearby park and left him under a bush where we knew he’d be safe. A few hours later we came back to check on him and he had made himself a little nest.  I knew then that he would survive, I really hope he is flying somewhere right now. There was a moment where I’d thought I might just keep him but one pet for now is more than enough. Plus, I don’t think Snoopy was too happy with the temporary shift in attention. 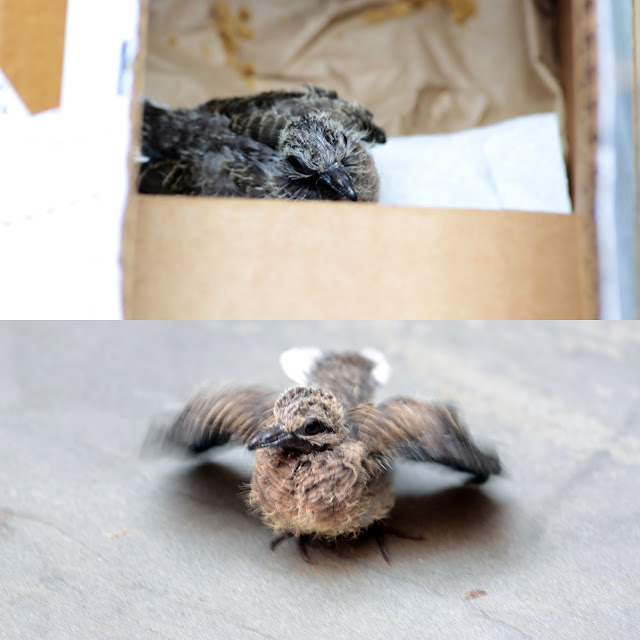 As with new experiences, I experimented in my kitchen this week and I think I might have my new potential brunch favorite, it looks like frittata but is so very different and has its own special charm. It is fragrant and colorful and can be combined with any type of vegetable or meat that you can think of. This baked egg casserole is called a kuku and goes well by itself or as an accompaniment to any meal. For this particular kuku, I used a large eggplant and some fresh herbs that we picked up at the Dupont Circle’s Farmer’s Market. I mention this later again in the recipe, sometimes eggplants can have a little bitter taste and you can extract the bitter flavor out by soaking the cut vegetable for a couple of minutes with some cold water and salt. Just remember to rinse the eggplant pieces in plain cold water and then wiping them dry before you cook. 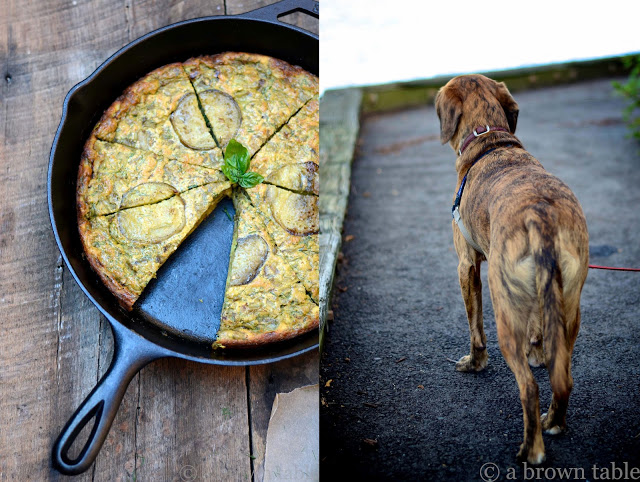 You can add almost any type of fresh herb to this casserole, I used dill in this particular kuku but I’ve also made it with fresh parsley. What makes this delicious kuku different from other stuffed egg casserole dish, is that it uses a little lime juice, flour, and baking soda. I liked the meaty texture of the eggplant with the eggs, they both somehow come together and melt when you take a bite. This is definitely one of my new top additions to my weekend brunch menu and I think you  might want to add it to yours! I adapted this recipe from “Food of Life” by cook and author Najmeih Batmaglij. 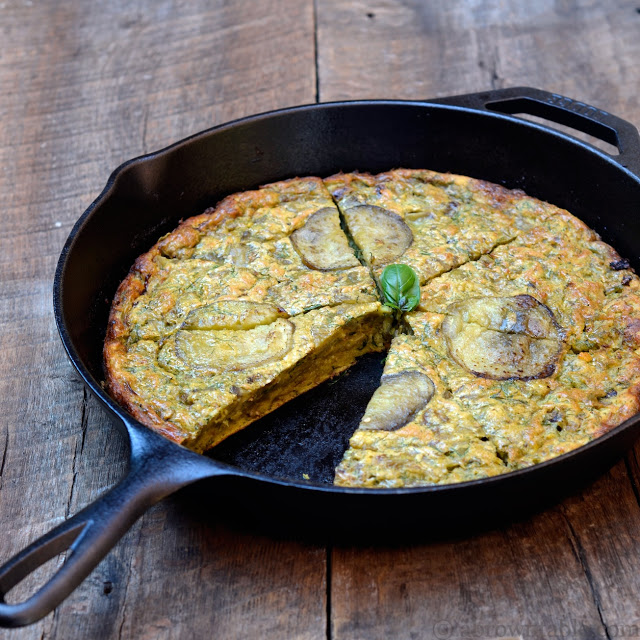 1. Preheat the oven to 400F. Heat a 10 inch diameter cast iron skillet on a medium flame and add the olive oil. Peel the eggplant and cut out four thin slices (about 2mm thick), you will use these to garnish the kuku. Keep the eggplant slices aside. Dice the rest of the eggplant into 1/2 inch cubes and let them sit in a cold water and a little salt for 20 minutes. This helps to remove the bitterness of the eggplant. Discard the liquid (it will appear brown), rinse the chopped eggplant under running tap water. Pat them dry with a clean towel.
2. Peel and dice the onion and add it to the hot oil. Cook the onion till it gets golden brown, this should take about. Smash the garlic and peel the skin off, the finely chop the garlic and add it to the onions in the skillet and stir for 2 minutes. Add the chopped and washed eggplant to the onion and garlic mixture. Cook for another 15 minutes till the eggplant is translucent. Transfer the eggplant mix from the skillet into a bowl and let them cool for 10 minutes.
3. Crack the eggs into a large mixing bowl. Chop the dill/parsley/cilantro, the flour, baking powder, turmeric, bread crumbs, lime juice, salt, and pepper. Whisk for about a minute to mix all the ingredients. Make sure that there are no flour clumps in the mixture. Fold the cooled eggplant mix into the whisked egg batter.
4. Melt the butter in the same iron skillet on a medium flame. Remove the skillet from the gas. Make sure that the melted butter coats the surface of the pan completely. Pour the egg batter into the center of the skillet and place the four eggplant slices (that you cut and kept aside earlier) on the surface of the batter. and transfer the skillet to the heated oven and bake for 40 minutes or until the surface is golden brown and the center is cooked (test the center of the eggs with a skewer, if it comes out clean then the eggs are cooked). Remove the kuku from the oven and allow it to cool for 5 minutes before cutting and serving. It will also be easier to remove the kuku from the bottom of the skillet. Serve warm by itself or with plain rice and yogurt. 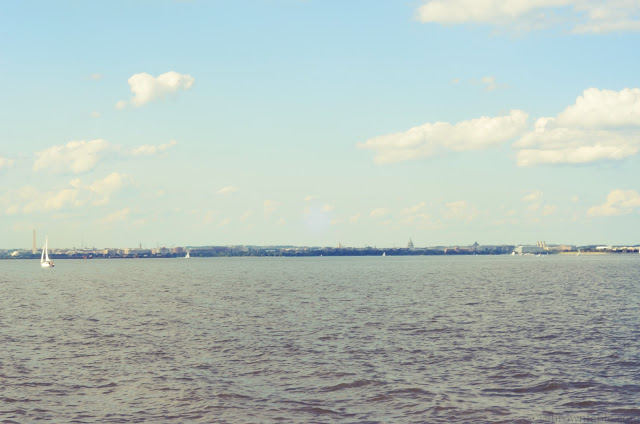