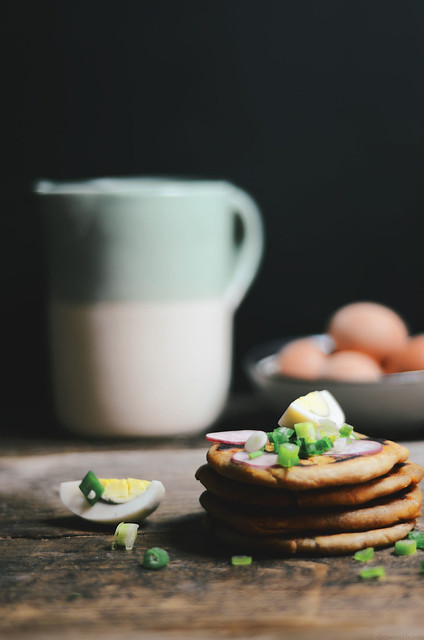 There are mini cakes and now, there are mini parathas, I don’t see why not! If you haven’t tried a paratha, here’s the gist, it’s a flaky flatbread made with whole wheat flour that can be stuffed with tasty things or not. Contrary to popular belief, it’s rare to see naans being cooked in an Indian kitchen but you’ll definitely see parathas being cooked a lot (and rotis too). You can eat parathas at breakfast, lunch, or dinner (it works for every meal) and this kimchi-stuffed paratha does just that! 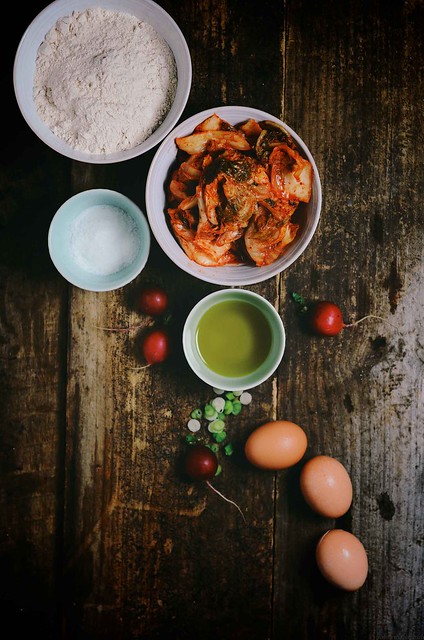 We live in a part of the city that is considered Koreatown, lots of Korean grocery stores and restaurants but it also plays host to quite a few Indian restaurants. The exciting part about living in a predominantly Asian neighborhood, I get to try and buy a lot of different types of kimchi from the markets, the one I used in this recipe is a Napa Cabbage type but you can use any of your favorites. 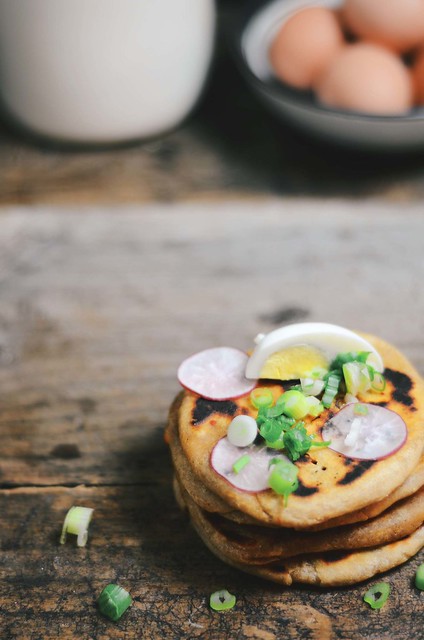 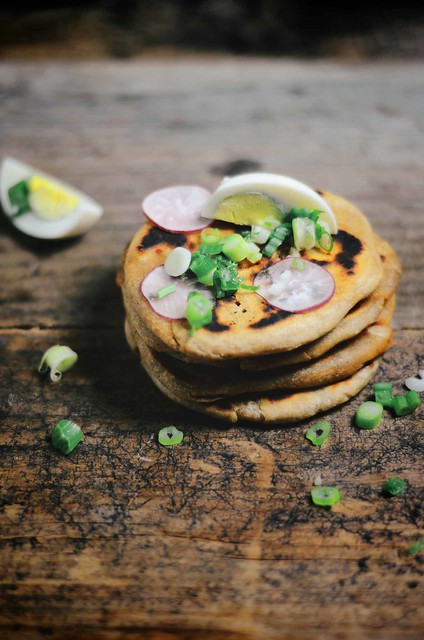 Here are some tips; 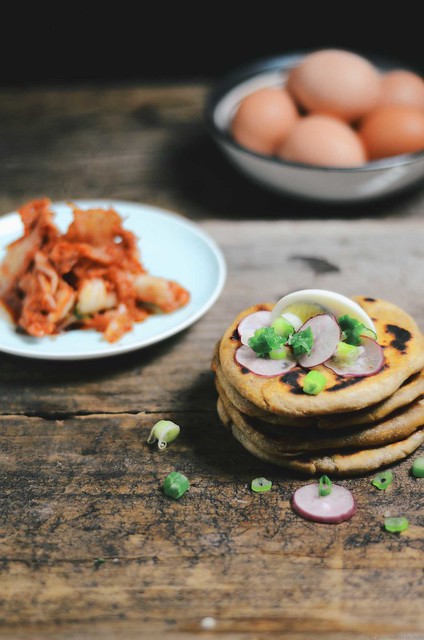 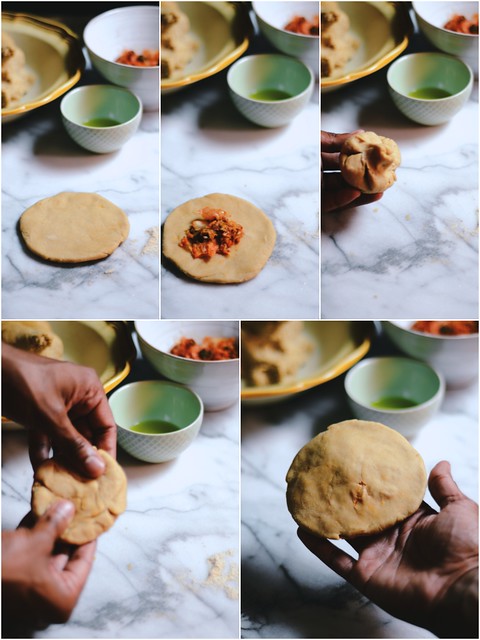 1 cup kimchi (use your favorite type)

1. Place the kimchi in a large strainer or sieve over a bowl. Press gently to drain the excess liquid. Chop the kimchi coarsely and keep aside.

2. In the bowl of a stand mixer, place the 3 cups of whole wheat flour and salt. Whisk a few times by hand to mix the ingredients evenly. Add 4 tablespoons of the vegetable oil and 1 cup of the warm water. Using the dough blade attachment, combine the ingredients  on low speed for about 4 minutes to form the dough. If you feel that the dough is not coming together easily add one tablespoon of the remaining hot water, one tablespoon at a time, until the dough comes together. Wrap the dough with cling film allow to rest for about 20 minutes before using. (You can also prepare the dough a day in advance and refrigerate the dough until ready to use, just bring to room temperature before preparing the parathas).

3. Divide the dough into approximately 12-14 one inch diameter balls. Dust the balls with a little extra flour and keep the balls covered with a clean moist cloth to prevent drying. Before preparing the parathas, grease your palms a little with the oil. Take one ball in the palm of your hands and flatten to form a disc that is about 5 inches wide. Place about a generous teaspoon of the chopped kimchi in the center and bring the edges and seal the top (this is similar to making a dumpling). Flatten the top with your hands and using your fingers flatten to form a disc that is about 6 inches wide. While flattening the disc try to push the filling in the center towards to the side. Prepare the rest of the parathas similarly. (The photograph panel above, has step-by-step figures).

4. Heat a non-stick or cast iron skillet on medium high. Put about 1/2 a teaspoon of vegetable oil in the center of the hot pan and add one paratha in the center. Cook on each side for about 2 minutes until each side is lightly blistered and seared. PlaceCook the rest of the parathas similarly.

5. Serve the parathas with quartered boiled egg slices garnished with a few scallion and radish slices along with a little kimchi on the side. Season with salt and pepper as needed.